In Honor of Cesar Chavez

Every year on March 31 we honor the life of Cesar Chavez. This year, 2012, it also kicks off the 50th anniversary celebration of United Farm Workers (UFW), the organization founded by Cesar Chavez with the help of other early movement activists like Dolores Huerta. 50 years fighting for justice! CompassPoint is proud to be working with both the UFW Foundation and the Dolores Huerta Foundation through our Fundraising Academy for Communities of Color initiative to help them with their fundraising efforts during this anniversary year. CompassPoint’s Multicultural Work Group, an internal staff committee that helps to build our organization’s and staff members’ multicultural awareness, also wanted to commemorate this occasion by sharing information on how Cesar Chavez and the United Farm Workers union have touched people’s lives throughout the last 50 years. We are happy to share some of what we’ve learned with you in CompassPoints of View.

A Fundraising and Organizing Lesson

The post below by Mike Roque presents the orientation and philosophy that shaped Cesar Chavez’s grounding as a fundraiser and organizer – and it offers a great lesson to us today. This post first appeared in the Grassroots Institute for Fundraising Training (GIFT) blog on March 31, 2011. We thank GIFT for its permission to reprint this story.

Chávez started his activism as a Community Organizer for the Community Service Organization (CSO) under the leadership of legendary organizer Fred Ross, Sr. Chávez often talked about the lessons learned from Ross, including the need for community members to take ownership of the organization through dues. Chávez often told the story of doorknocking for the CSO and asking farm workers to pay membership dues of $3 per year per family.

One day he came upon a family – mom, dad, and six children – living in a one-room shack. He told them about the CSO and what they were trying to do, he mentioned the work they had already done, and then asked them to join by paying $3. The family indicated that they supported the work of the CSO and wanted to become members but didn’t have the money. Chávez knew that even if they had the money, he would literally be taking food from the children.

He often said one of the hardest things he ever did in his life was to walk away that day without that family becoming members – this from a man who had been beaten by police, led hunger strikes and endured years of hardship throughout his life. For you see, he could have been liberal and said that because the family was low-income (in this case, extremely low-income, well below the poverty level even for the 1950s), he would allow them to become members without paying the dues. But, he did not and walked away that day not knowing what might happen to that family. A few weeks later the CSO was holding a general membership meeting and the entire family came and paid their dues and became some the strongest leaders in the organization.

I think about this story often as I hear from organizations over and over how they cannot ask their supporters for donations because they wouldn’t want to embarrass them because they are low-income. I even hear people of color say “their people” don’t give. They don’t give because they are not asked. Low-income people make decisions every day about how they spend their money. By not asking them to join in partnership in supporting a great organization doing great work, they are disempowered yet again by the very groups seeking to empower them.

I spoke with Tony Garcia, Executive Director of El Centro Su Teatro, the third oldest Chicano theatre company that emerged from the United Farm Workers struggle. I asked him what lessons he learned from César Chávez and the farm worker movement. He said, “César proved that you can ask your community to support you, they will take ownership and you can ask for anything. Use the same organizing principles – one house at a time, one donor at a time.” SI SE PUEDE!

There is also a neat website, UFWstories.com, which is collecting and publishing stories about the UFW and Cesar Chavez from people of all ages. Here’s one story that was submitted:

I want to preface the story by saying that I lived and went to college in Fresno.  I became a social worker with the welfare department there and among my clients was an elderly woman who had worked as a farm worker.  I met her at her “home”, a large tent in a camp where she had a metal spring bed and a pot-belly stove that was belching black smoke.  She had no indoor plumbing or running water in her home.  Everything inside was darkened by the smoke residue, including her.

Because of my experiences, when the farm workers union organized around the grape boycott, I was ready to help.  By then I was living in Los Angeles.  I walked picket lines, turning shoppers away from the local Safeway Market.  I also attended marches and my son grew up not even knowing what a grape was!  This was a real sacrifice for me because grapes were one of my favorite fruits.  Even after the first contracts were signed, I hesitated to buy and eat grapes for fear the farmers would renege.  I was so invested in La Causa, I even used my loom to weave a small UFW banner.  To this day, I pause before buying grapes.

As I’ve gotten older, I no longer participate in physical actions, but I continue to follow what’s going on and contribute as much as possible.

How else can you get involved?

CompassPoint client SOMOS Mayfair invites you to honor Cesar Chavez on Thursday, March 29, with an early morning of poster hanging and altar making in San Jose’s Mayfair district in celebration of Cesar Chavez’s legacy of community activism that began in the Mayfair neighborhood. How to participate. You can also learn more and celebrate by attending one of several local commemorations happening in the Bay Area, including the annual Cesar Chavez Day parade in San Francisco. 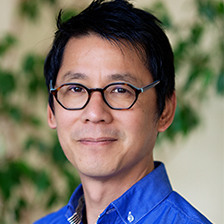 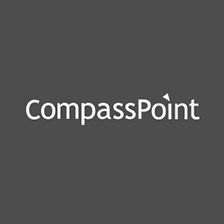 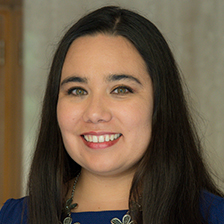