Board Cafe: Board Committee Job Descriptions

It goes without saying that there is no one-size-fits-all committee list for boards, or what the responsibilities or activities should be for each committee. In the last issue of the Board Café, we discussed when boards should have committees (if at all!), and how some boards make effective use of committees. In this issue we offer committee job descriptions for 15 committees, but your own organization will construct the committees that are appropriate for your own situation, and use these descriptions as a reference for your own committee job descriptions. Unfortunately, the list has resulted in an extra-long issue of the Board Café. We hope you don't mind having a long issue once in awhile . . .

In some ways the most influential of all the committees, the Board Development Committee (sometimes called the Nominating Committee or the Committee on Trustees) is responsible for the general affairs of the board. While the specific tasks of this committee vary greatly from organization to organization, they usually include some or all of the following responsibilities:

The functions of the Personnel Committee include drafting and/or revising personnel policies for board approval, reviewing job descriptions, establishing a salary structure, and annually reviewing staff salaries, and reviewing the benefits package. In some organizations the board's Personnel Committee also acts as a grievance board for employee complaints. Because difficulties can arise if many less serious complaints are brought directly to the board rather than to the staff person's supervisor, it is preferable for the personnel committee to act only on formal written grievances against the executive director or when an employee formally appeals a decision by the executive director to the board.

Boards where the members are geographically distant from one another have a difficult time keeping in touch with the work of the staff. The board may only meet twice a year or quarterly, and much of the contact among board members may be through e-mail or just with the staff. To ensure financial and legal oversight in between board meetings, some boards establish a Management Oversight Committee (MOC), which meets every 6 weeks and where two of the three members live near the office (the out-of-state member participates by phone). This committee has finance, audit, legal and personnel responsibilities which might be done by separate committees if the organization were larger and working in only one city. The MOC provides a report on the organization's operations to each board meeting.

Some committees are convened on a temporary basis to address a specific, single event or issue. Often called ad hoc committees, they meet for a few months and then disband once their task is completed. Commonly used temporary committees and their designated tasks include: 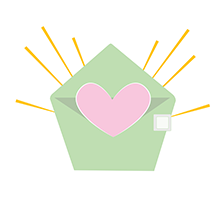