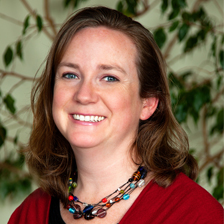 About Shannon
[Pronouns: she/ her/ hers]

Shannon Ellis is Co-Executive director at CompassPoint. In the context of shared leadership across our practice, the Co-Executive Director role takes on the highest level of accountability in ensuring that CompassPoint is values-driven, sustainable, and ultimately impactful in supporting leaders, organizations, and movements committed to social justice realize their full power.

Shannon has played key design and delivery roles in some of CompassPoint's cohort leadership development programs, including the HIVE (Healing, Inspiration, Voice, and Equity) program for reproductive justice leaders in Louisiana, and The Strong Field Project to End Domestic Violence. She's also a facilitator in our training program.

Shannon has been working in nonprofits since she was 16-years-old. Before coming to CompassPoint she worked for 18 years in the domestic violence field, spending 10 years in management positions. Before she joined CompassPoint, she was interim executive director at Family Violence Law Center.

Shannon has a deep personal commitment to social justice and believes that nonprofits have an important role to play as we move toward a more just and equitable world.

Most of Shannon’s time outside of work is devoted to keeping up her with three young sons. She believes that parenting is one of the greatest acts of philanthropy. Before the kids arrived, she traveled extensively in Southeast Asia, Japan, and Europe, which fed her curiosity and is a driving force for her passion for social justice. Now a resident of Oakland, Shannon was born and raised in Iowa City.