In this guest blog, Paulina Rojas (program associate and reporter at Coachella Unincorporated and a member of CompassPoint’s Next Generation Leaders of Color Inland Region program) shares her experience from the cohort’s first gathering last month. NGLC Inland Region is a one-year long leadership development program for emerging leaders working in the Inland Region’s nonprofits. The program creates a home for the important and often unacknowledged leadership of people of color in the region working in organizations committed to social justice and health equity and is made possible through the generous support of The California Wellness Foundation, Weingart Foundation, The California Endowment and the Guillermo J. Valenzuela Foundation. Learn more about the program here.

When I walked into the first day of the Next Generation Leaders of Color Inland Region, I had no idea what to expect.

My mind was cluttered with thoughts of being able to get settled, while also being worried about my friends and family in Houston possibly being affected by Hurricane Harvey (my loved ones are safe) among other things. Right away, I noticed that out of 20 cohort participants , 17 were women. I really wasn’t surprised—in most of the social justice spaces I have been in, women usually outnumber men. I was not the only one that noticed and everyone in the space acknowledged it. This made me even me more curious how participants would connect during our time together.

Being a woman of color is tough. Sometimes it feels as if my intersectional identities (woman, Latina, first generation American, working class) cascade into what can feel like an uncontrollable avalanche. Being in a space where I knew all my identities were welcome put my nervous energy at ease.

By the end of the first day, I was in good spirits and felt hopeful for the days ahead. Our goal for our first time together was to build Beloved Community, something that I had been practicing for a while but had never had a word for. In the processes of building Beloved Community, we had to be transparent, sensitive, emotional, open, and at times even fragile. These are things that we are taught to be inherently feminine and by default qualities that a leader should never have. But in this space, these qualities were valued as much as "traditional" leadership qualities such as grit, perseverance and determination.

The media often depicts Black and Latina women as hyper sexualized, jealous, superficial, and uneducated. Asian women are also hyper sexualized or portrayed as the “model minority.” Muslim women who decide to wear a hijab are often portrayed as oppressed without any agency over what they wear, while queer and trans women of color are rendered almost invisible unless the sole purpose of their existence is to fulfill a man’s fantasy.

As a woman of color who works in media, these stereotypes make me extremely uncomfortable and part of my mission is to accurately tell the stories of women and girls of color with love and compassion. Being surrounded by women who did not let the adversities they face on a daily basis turn them cold made me realize how resilient women of color really are. In those moments, our laughter and tears shattered all stereotypes and laid the foundation for a new narrative that would ultimately set the tone for a new normal. A new normal woven out of the never ending cycle of breaking and healing.

We were encouraged by our program facilitators to throw our traditional ideas of a “leader” in the trash and instead we cried. We rubbed each other’s backs, we held each other’s hands, we embraced one another, but most importantly, we listened to one another with the intention of just listening.

One activity that really seemed to hit home for all of us was “Crossing the River”. We were divided into three different groups and were tasked with getting the members of each group to cross a metaphorical river. We were given “pebbles” that would help us reach “islands” and eventually make it to the other side.

We quickly realized that working in separate groups was useless and that we should work as one big group. We pooled our resources and got to work. After a few attempts, we finally got it figured out and everyone managed to cross. I took a moment to silently honor my mother who crossed the Caribbean Sea from The Dominican Republic to give me a better chance at life.

Being able to spend time in a space where I could honestly share my experiences and point of view without being worried about being invalidated was truly refreshing. There are very few spaces that women of color can feel safe in while at the same time being their most authentic selves. I was in awe of the strength and determination that my fellow cohort members embody. By the time our last day together had arrived, we were tired yet invigorated. Saying goodbye was tough but everyone got hugs and lots of love to go. I returned back home wanting to share my experience with all my friends and family.

I kept thinking back to when our facilitator sujin reminded us that we were already leaders and that we were already experts in our fields. On my drive back home, I took sujin’s words, made them my own and repeated them over and over in my head. “I am already a leader and expert in my field. I don’t have to wait for anyone to tell me so. My moment is now.”

Paulina Rojas is the program associate and reporter at Coachella Unincorporated, a youth media training program in The Eastern Coachella Valley. A native of New York, she received a journalism degree from The University of Houston in 2014. Paulina is the daughter of immigrants from the Dominican Republic. Through her work she hopes to continue to uplift the stories of underserved communities. 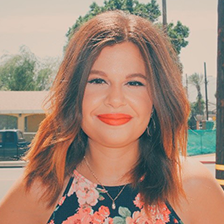 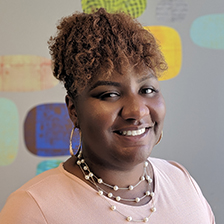